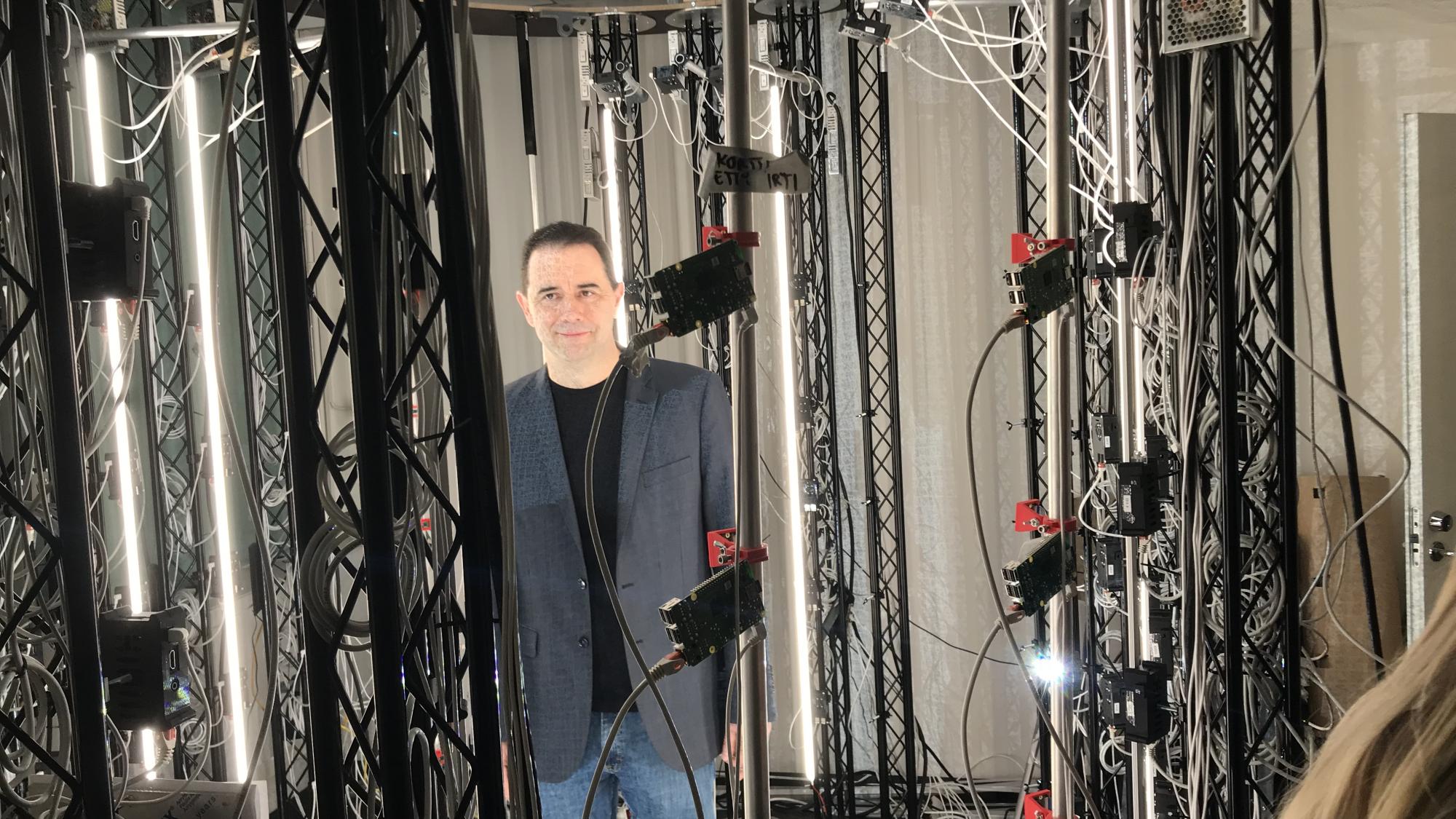 The European Research Council has announced today the winners of its 2020 call. The esteemed ERC Advanced Grant has been awarded to our professor Steven LaValle for the realisation of the 5-year ILLUSIVE project (2,5M€) in which he and his team will create foundations for perception engineering, which expands the concept of virtual reality (VR) to span several disciplines.

The granted ILLUSIVE project will develop mathematical and scientific foundations for an emerging discipline that the researchers call perception engineering.

“Based on my research perspective, industry leadership, and basic curiosity, I envision a building unified foundation for perception engineering, in which the time-tested principles of engineering are applied to create perceptual illusions,” says professor LaValle.

“This will greatly reduce the gaps between the current disciplines spanned by VR and robotics and yield vibrant growth in terms of deep understanding and successful system building in the coming decades,” expects LaValle.

This involves systematically studying the essential elements of VR in a way that encompasses both biological systems and robotics and autonomous systems, thereby gaining insight into both. The key insight is that perceptual illusions themselves are the target, which must be developed using the time-tested principles of engineering.

“The mathematical foundations will be built upon the notion of ‘information spaces’, which can be traced back to the work of John von Neumann on game theory.  I have extended and developed information spaces as a model for robot brains for nearly three decades. To span the disciplines of this project, my team includes experts from the areas of neuroscience, psychology, robotics, control theory, virtual reality, and mathematics,” LaValle highlights.

ERC calls are open to researchers of any nationality. In this call, European Research Council received 42% more ERC Advanced Grant applications than the previous year, for a total of 2 678 applicants in all fields of research. This call was the harshest selection of the ten years, as only 7.8% of them, 209 scientists and scholars from 25 nationalities received funding.

“This was great luck in an unlucky year. This absolutely would not have been possible without the supportive community and culture of Finland, which my family and I have continued to appreciate since moving to Oulu in 2018. I would like to thank my whole research team, who provided many key insights and supporting materials for the proposal when it was written last summer. I feel privileged and honored that the European Union will support my team to pursue such fundamental and curiosity-driven research.”

Apart from strengthening Europe’s knowledge base, the new research projects will also lead to creating some 1 900 new jobs for post-doctoral fellows, PhD students and other research staff. The future grantees will carry out their projects at universities and research centers across 14 EU Member States and associated countries with the UK (51 grants), Germany (40), France (22) and Netherlands (17) hosting the highest numbers of grants. Finland got 5 grants.

The European Research Council, set up by the European Union in 2007, is the premier European funding organisation for excellent frontier research. Every year, it selects and funds the very best, creative researchers of any nationality and age, to run projects based in Europe. The ERC offers four core grant schemes: Starting, Consolidator, Advanced and Synergy Grants.

Read the story about how Steven LaValle chose Oulu.

Information about the Perception Engineering Lab at UBICOMP research unit.

Hi @UniOulu researchers! Wanna present your AI/ML-related work (or applications!) in our #ArcticAI days in early June? Think about it and submit your poster/demo idea by 15th May! Questions? Feel free to ask me! #ArcticAttitude #AI #ML oulu.fi/en/events/ar…

Our next conferment ceremony will be organised next weekend! 🎩⚔️🍾

Dean of the Faculty of Humanities, Paula Rossi, is a veteran of conferment ceremonies. She has been active as the unofficial bearer of conferment traditions.

Sunday 22 May is the World Biodiversity Day! Scholars of @arcticants not only investigate the reasons for the loss of biodiversity, but passionately dedicate their work to generating new knowledge for the multispecies well-being on our planet. Happy naturalcultural celebration! pic.twitter.com/VwXr…

“Thus, contrary to popular belief, a personal brand is neither something that everyone possesses nor can one declare oneself to be a brand.” PhD researcher @KoivunenKati explores professional #branding in her thesis. Learn more about her study on our blog.
oulu.fi/blogs/node/2…

Did you miss the lecture professor Wulf Kansteiner gave yesterday with the Eudaimonia Institute? Worry not and watch "Responsible Forgetting: Democracy, Free Speech, and Cosmopolitan Memory" on the Youtube channel of @UniOulu: youtube.com/watch?v=….