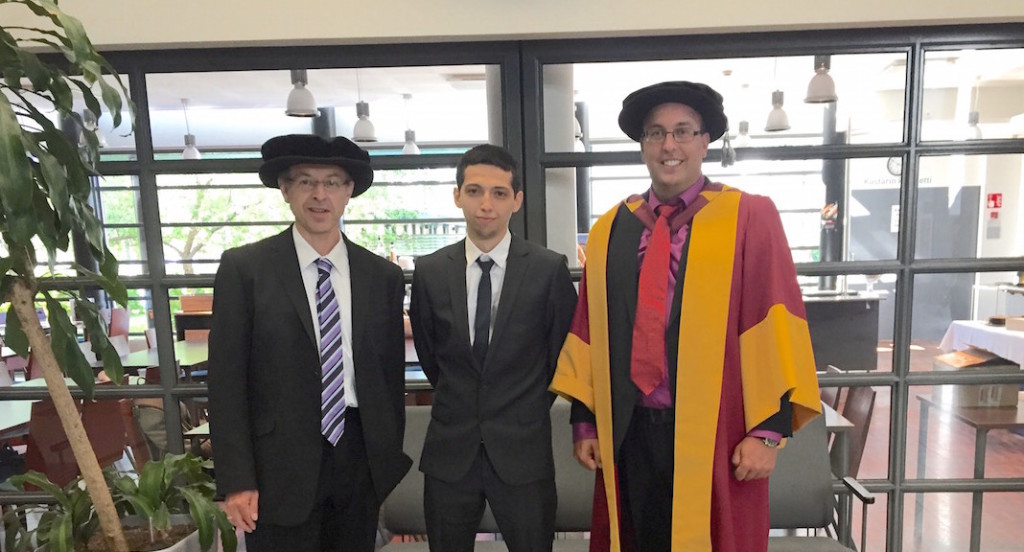 Congratulations to Jorge Goncalves who defended his PhD on August 14, 2015. His opponent was Albrecht Schmidt (University of Stuttgart) and his pre-examiners Niki Kittur (Carnegie Mellon University) and Panos Ipeirotis (New York University). Jorge’s thesis was entitled Situated Crowdsourcing: Feasibility, Performance and Behaviours.  You can read more about his thesis in this post.

Awesome day with Oulu city youth workshop #makoisa. Learned to use #inkscape and #vinylcutter from @fablab_oulu and made some customized group gear. The fast learners also had time to upgrade their phone covers! #make4change #makersgonnamake

I am speaking at the 7th IEEE World Forum on the Internet of Things (WF-IoT 2021) on Monday! The title is "Towards Real-time Learning for Edge-Cloud Continuum with Vehicular Computing". 🤗 #IoT #EdgeComputing #Vehicles whova.com/xems/apis/…

We had a blast working with this great group in the #make4change #inkscape & #vinylcutter WS. They were so committed to their designs and the process! Hoping to spot some personalized @vamosoulu gear hitting the streets of Oulu this summer!
@INTERACTrg @fablab_oulu @ubicomp_oulu pic.twitter.com/yXs1…

🤖 A great opportunity to work in a #EU #H2020 funded project on AI-driven #CyberSecurity 👇👇👇 twitter.com/ubicomp_…

A new study led by the University of Oulu refutes the belief that high hemoglobin levels are always desirable for health. #hemoglobin #metabolicsyndrome
oulu.fi/en/news/lowe…

A study from researchers at university of Oulu and their international collaborators, published in the journal Proceeding of the Royal Society B, shows that honeybees are able to solve a type of math test without any need for numbers. oulu.fi/en/news/hone… #bees #UniOulu