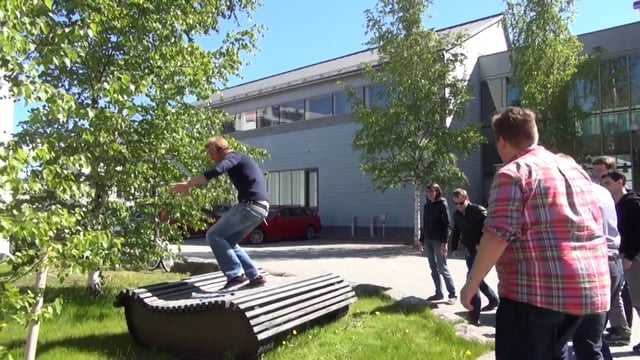 7th International UBI Summer School was held in Oulu, Finland, June 13-18, 2016. Annual UBI Summer Schools provide researchers, students, and industry and public sector professionals with an opportunity to gain hands on experience and insight on selected topics on the multidisciplinary fields of HCI, ubiquitous computing and urban informatics under the tutelage of distinguished experts. UBISS 2016 was organised in cooperation with the PerDis 2016 symposium, thus several workshops are related to pervasive displays in one way or another. UBISS 2016 built on the legacy of the six previous highly successful UBI Summer Schools held in Oulu in 2010-2015.

For a preview of upcoming fun at the summer school, check out UBISS 2015 Trailer and UBISS 2015 The Film.

Did you miss our #ArcticAI Days in June? No worries, the RECORDINGS are now available for you to watch. Enjoy! Links here: oulu.fi/en/events/ar…

These are the droids (and boxes) you are looking for!

A talk on Boxes.py by its creator Florian Festi on Friday June 3 at 14:00, Tellus Backstage, Uni Oulu! Online via Zoom.

This summer, ANTS Doctoral Researcher Rishikesh (Rishi) Raut is undertaking a colossal initiative. He is circumnavigating Finland by bicycle as a means of drawing attention to local issues of environmental change and biodiversity loss. @arcticants pic.twitter.com/38Pk…