NESTOR – Strengthening and Safeguarding the European borders through a fully functional, next generation border surveillance system.

The 18-month European project, NESTOR, has recently launched its activities to enhance the protection and safeguarding of the European marine and land borders. Supported by the EU’s Horizon 2020 Programme, NESTOR brings together 21 partners from 13 European countries to create a fully functional next-generation holistic border surveillance system for pre-frontier situational awareness, reaching both maritime and land borders operations.

For the past few years, European Community has faced a number of challenges related to the security of its external borders, both at a political and tactical level. The severity and the abrupt emergence of the events at the European land and maritime borders highlighted the need for policies and concrete measures to safeguard Europe’s security. Both the European Commission and Council are taking several actions towards this direction. The European Border and Coast Guard Agency, Frontex, was established to facilitate cooperation between border authorities in each EU country, provide technical support and expertise. To this end, Frontex became a central point of contact and set the standards for all European border guards.  Even so, the relevant authorities operate for a long-time interval, under severe conditions, 24 hours a day. Thus, a step change is required to manage the complex and dangerous operational environments the border authorities face in their daily surveillance activities.

The NESTOR – An Enhanced Pre-Frontier Intelligence Picture to Safeguard the European Borders – project directly addresses these issues and supports the concept of the European Integrated Border Management by integrating state-of-the-art technologies for surveillance into a holistic deployable system capable of detecting, assessing and efficiently responding to illegal activities. Specifically, the resulting system will be enriched with accurate detection capabilities to optimally monitor border territory. Multimodal data feeds from numerous off-the-shelf devices will be fused and processed with Artificial Intelligence (AI) techniques to enhance situational awareness and increase the decision-making capacity of Law Enforcement and related Authorities. Advanced visual analytics will be developed in a comprehensive framework to present the acquired sensory readings and the detection outcomes. NESTOR will also focus on improving the overall operational image of the surveillance areas and qualitatively expand detection capabilities through mixed reality technologies by offering an effective coverage surveillance system.

National, Regional and European authorities responsible for border surveillance, Law Enforcement Agencies, intelligence agencies, security providers, are all examples of end users that will benefit from the NESTOR research. Key end-users such as the Hellenic Police, the Joint Rescue Coordination Center of Cyprus, the Center for Security Studies of Greece, and the State Border Guard Service under the Ministry of Interior of the Republic of Lithuania are members of the NESTOR consortium. They will contribute to the development of NESTOR use cases and application scenarios and actively participate in the refinement of expert needs and requirements in the NESTOR focus areas.

The official Kick-Off Meeting of the NESTOR project took place as a virtual meeting on November 4th and 5th, 2021, and welcomed over 50 attendees committed to working together to develop prototype technologies, illustrate use cases, and produce a valuable and deployable solution.

Built upon existing state-of-the-art technologies the NESTOR solution will not only permit considerable cost-savings on performance and management but will also guarantee a quick adoption of the results. 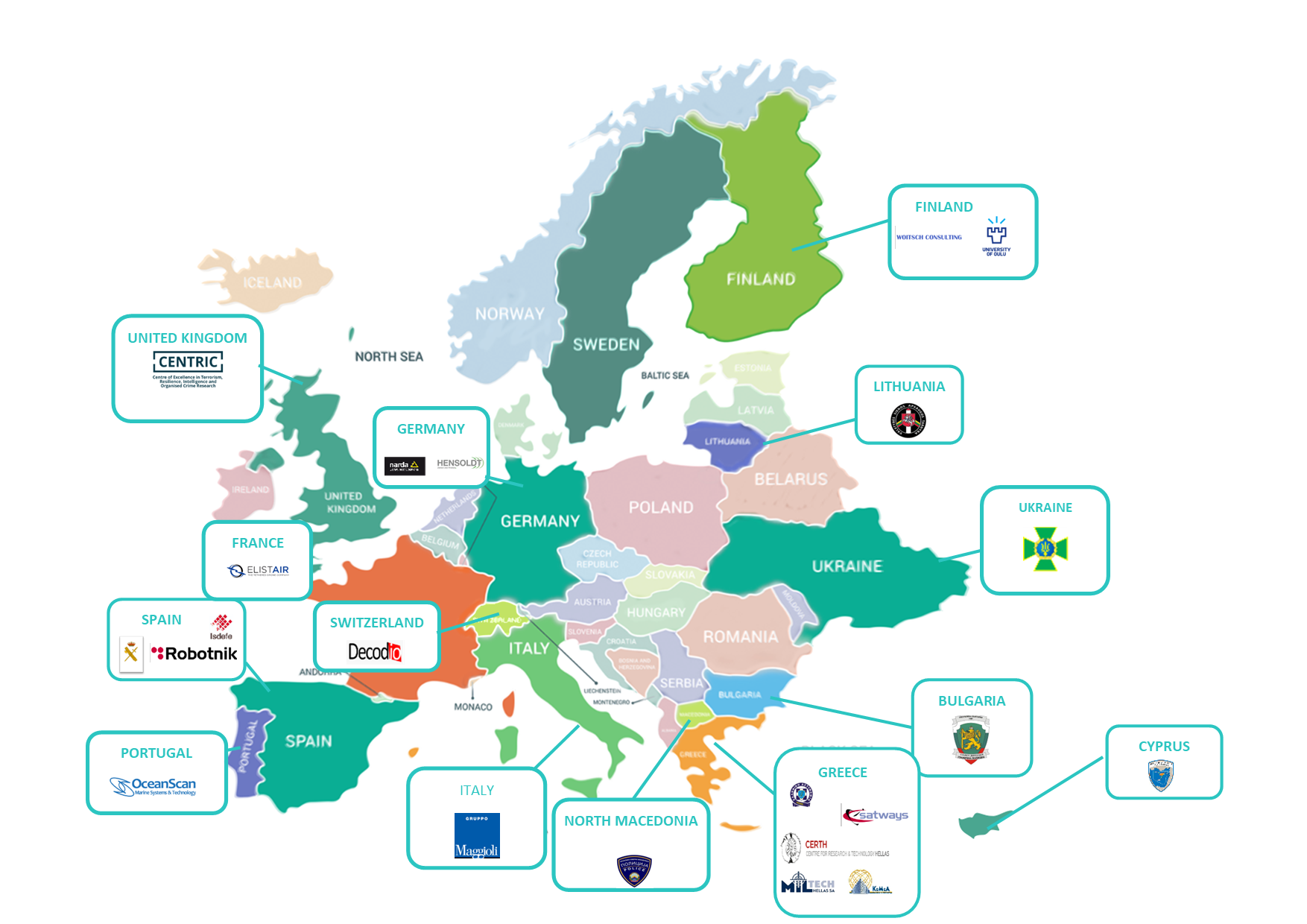 Hi @UniOulu researchers! Wanna present your AI/ML-related work (or applications!) in our #ArcticAI days in early June? Think about it and submit your poster/demo idea by 15th May! Questions? Feel free to ask me! #ArcticAttitude #AI #ML oulu.fi/en/events/ar…

Our next conferment ceremony will be organised next weekend! 🎩⚔️🍾

Dean of the Faculty of Humanities, Paula Rossi, is a veteran of conferment ceremonies. She has been active as the unofficial bearer of conferment traditions.

Sunday 22 May is the World Biodiversity Day! Scholars of @arcticants not only investigate the reasons for the loss of biodiversity, but passionately dedicate their work to generating new knowledge for the multispecies well-being on our planet. Happy naturalcultural celebration! pic.twitter.com/VwXr…

“Thus, contrary to popular belief, a personal brand is neither something that everyone possesses nor can one declare oneself to be a brand.” PhD researcher @KoivunenKati explores professional #branding in her thesis. Learn more about her study on our blog.
oulu.fi/blogs/node/2…

Did you miss the lecture professor Wulf Kansteiner gave yesterday with the Eudaimonia Institute? Worry not and watch "Responsible Forgetting: Democracy, Free Speech, and Cosmopolitan Memory" on the Youtube channel of @UniOulu: youtube.com/watch?v=….